I had a lovely christmas break. I ate a lot. I some work done. I made hats. All the hats. I suppose these are officially the  last knitting projects of 2012. 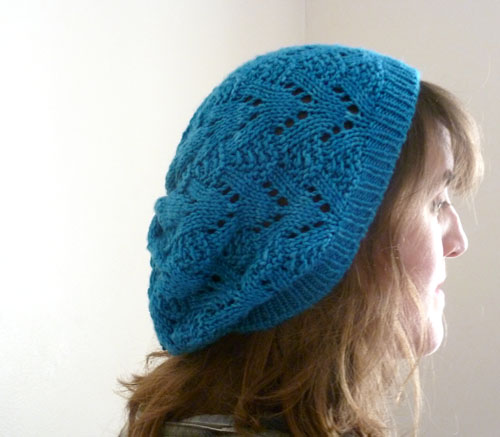 This is the Nordic Lace hat as designed by Faye from Buttons and Beeswax. It’s a delightful hat, but I decided to make it way slouchier than the original by knocking the needle size up a bit. Surprisingly enough it turned out a bit loose! But it’s ok. The nice thing about the tubular ribbing cast-on, which I use constantly, is that you can easily thread elastic through it.

And then having plenty of leftover yarn from the Acer Cardigan, I made an Acer-inspired hat. Now it looks simple, but I assure you, I decreased those cables at the top like a boss. I just couldn’t get a good picture! It’s rather fuzzy yarn and I suspect something else would show it off a little better. Still, not bad for basically winging it I think. 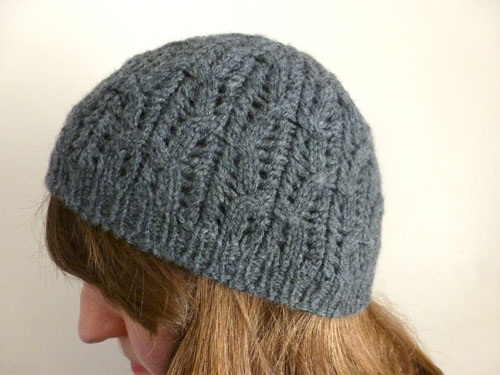 Did you know? I have the kind of marvellous boyfriend who picks me up wool when he’s out doing the Christmas shopping. Two balls of Debbie Bliss Rialto Chunky no less! ❤

It clearly needed using, so I knocked up a beanie using the Ringwood stitch, which is stockinette stitch, with 1×1 ribbing on every 3rd row/round. I love the effect. I think this is actually my favourite hat out of the three. It’s very solid and warm because I used slightly smaller needles than recommended. I like it so much I put in some extra effort into the pictures (which means I put make up  on). Here I am working the sexy lumberjack look. Sort of. 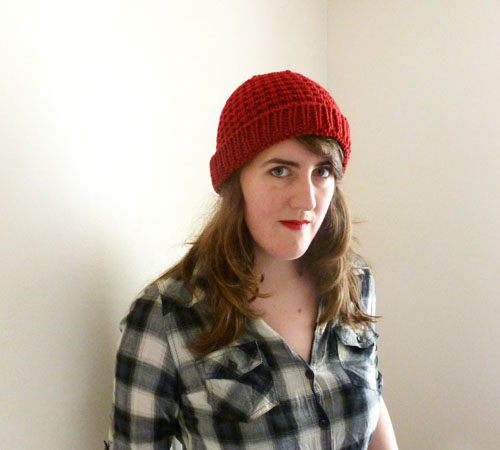 Does Christmas bring out any bursts of activity in you? Or are you too busy eating and drinking? Hats off to anyone who’s managed all three at the same time!